Love and Black Lives, in Pictures Found on a Brooklyn Street by Annie Correal

One night six years ago, on a quiet side street in Crown Heights, Brooklyn, I came across a photo album that had been put out with the trash. I lived around the corner, and I was walking home when I saw it sitting beneath a streetlamp on Lincoln Place.

It looked handmade, with a wooden cover bound with a shoelace. But it had been tied up with twine, like a bunch of old newspapers, and left atop a pile of recycling.
 
After hesitating a moment, I picked it up and took it home.The pages were fragile, and they cracked when I turned them, as if the album hadn’t been opened in a long time, but the photos were perfectly preserved. They seemed to chronicle the life of a black couple at midcentury: a beautiful woman with a big smile and a man who looked serious, or was maybe just camera-shy, and had served in World War II.

As I turned the pages, the scenery changed from country picnics to city streets and crowded dance halls in what appeared to be Harlem, and the couple went from youth to middle age. Looking at the album, I was struck by how joyful the photos were — and by the fact that as fabled as this era was, I had never seen a black family’s own account of that time. 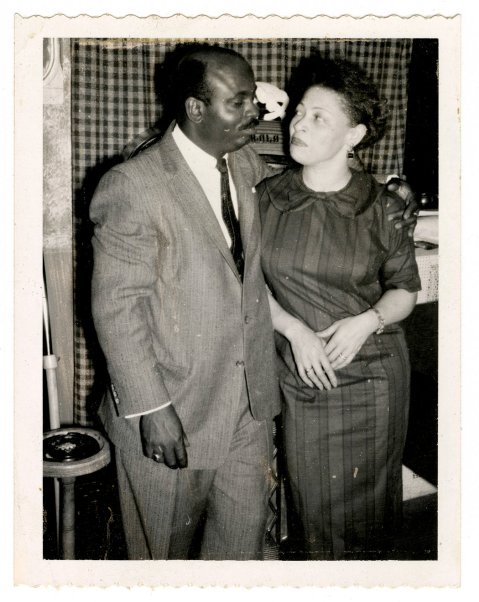 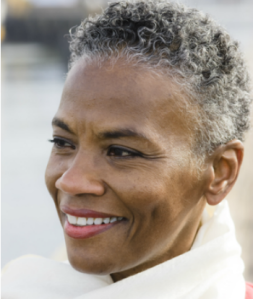 You’ve probably heard the expression “black don’t crack,” a reference to black women’s ageless beauty. But though their skin may be smooth and wrinkle-free on the outside, black women are aging faster than white women on the inside, health experts say.

Dr. Michelle Gourdine, a former deputy secretary of health and chief public health physician for Maryland, explains that extreme stress causes wear and tear on our internal organs, contributing to heart disease, high blood pressure and stroke in black women—all diseases of aging. “The cells that make up your heart, your blood vessels, whatever else, begin to age prematurely because of all the stress, and that predisposes you to disease,” says Gourdine, author of Reclaiming Our Health: A Guide to African American Wellness.

She points to a 2010 National Institutes of Health study titled “Do US Black Women Experience Stress-Related Accelerated Biological Aging?” The study’s authors analyzed data from the Study of Women’s Health Across the Nation and found that black women between the ages of 49 and 55 are 7.5 years biologically “older” than white women

Continue Reading at The Root.

Digging at the roots while going for gold: Gabby Douglas’ hair

This is a great piece on the politics of black hair by Dr. Neal Lester. Sometimes we can be our own worst enemy. I have been natural for years because I live in town were hair dressers are stuck in the 1950’s. My hair dropped out because the small town hair dressers used a ridiculously strong perm on my hair over 10 years ago. The older member of my upper middle class family squawk about my hair every time they see me offer to get it breaded (which I gladly accept) or to perm it, which I flatly reject. When it was I child I begged to wear afro puffs and finally got permission in 7th grade. even when I finally got was allowed to get a perm in high school I would let out grow out because Ultra Sheen scalp burns we no joke and I want to look like Chaka Khan, which disturbed my mother to no end. I reallt hope that the current natural hair movement doesn’t go the way of my afro puffs and women can wear their hair anyway they want without criticism within and outside the black community.

African American women slaves covered their hair with bandannas or used axle grease, greasy dishwater, or lye to temporarily straighten their curly hair. An 1894 minstrel song by African American Gussie Davis, “When They Straighten All the Colored People’s Hair,” proclaimed that heaven would be the place where straight hair, even for black folks, would prevail. Some sources allege that slave women felt ashamed of their non-straight, non-flowing hair when compared with the mistresses’ or the little white children’s they were grooming. In the 1960s, some black women embraced the Afro as a symbol of political resistance and saw activist Angela Davis and Davis’ bold Afro as the embodiment of black power. Davis later lamented her disappointment that her politics had been reduced to a hairstyle, a hairstyle that in the 1980s and 1990s became a fad among black youngsters who saw the Afro and the Afro pick as more fashion than political statement.Continue Reading.

I became a Naturalista way before the current trend. I wasn’t a political statement or beauty decision, it was spurred by my move to a predominantly white college town. The few black hairdressers in town were still acting like Ultra Sheen was the latest in black hair care and after a ridiculously strong perm my hair fell out. I didn’t make the decision to do the big chop advisedly, I got in the shower one day and cut it all of out of sheer frustration. I used texturizers for a while and then stopped when it realized that I could get the same look with two strand twists.The natural hair movement has put a dent in the profits of white owned companies who dominate the relaxer industry and black owned companies are making great strides in this business.The danger is that large white owned companies will be able to make these products at a cheaper cost. I hope that we can remain loyal to the black owned companies so that they can grow big enough to compete economically with the companies who have no interest in putting it back into our community.
What is your natural hair care care routine? What products do you use? What are your favorite natural hair youtubers or websites?

When black women discuss the epidemic of skin blacking someone always chimes in with the derailing tactic of “Asian women have the same problem.” Can we talk about our own issues without someone demanding we mammy it up and care more about other folks concerns that we do for ourselves??? Find me an article from an Asian or South Asian blog where they are talking about black women’s issues and then I will consider making room. Besides Asian women have an opportunity that few black women do they can out marry. Asian women have the higher ration of out marriage per population in America, black women the least. Ajuma Nasenyana is Kenya’s Top model and she has a message that we need to hear.