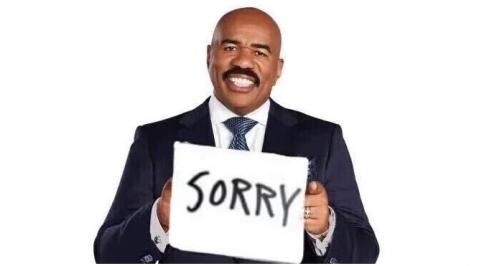 Long before Steve Harvey gained mainstream fame I was not feeling his brand of humor. I thought he was the least talented of the Kings of Comedy and was constantly distracted by high top fade toupee. I thought his sit com was bland remix of every school sit com from Welcome Back Cotter to Saved by the Bell to Hanging with Mr. Cooper. I tried to give it a chance but I began seeing the disturbing mysogynoir patterns in the Steve Harvey Show. While sweet, but dim witted Lovita easily settled into a traditional romance and wedded bliss with Cedric, Steve Hightower chaffed at being supervised by and in love with an obviously more qualified Regina Greer. The time honored trope of “will they, won’t they” is marred by what would become Harvey’s signature black woman hating schtick on stage. Calling the gorgeous and svelte Wendy Raquel Robinson “piggy” changes from affectionate adolescent snapping to ugly mysognoir power plays if one is paying attention to the growth of Harvey’s comedy career.

Black men have created a cottage industry of books about why black women’s marital rates have plummeted. Mainstream media jumped on this trend for a while too. They made a pretty penny with this twaddle by conflating sexist black religiosity, pseudo Africana mythology (also know as Ashy Hotepology) with that special brand of respectability politics born out of a need control black women with a Jim Crow level of ferocity. No of these “writers” examined why black men are marrying less on whole but those who do are out marrying more. Harvey is the king of this movement.  Even though his book was simply another ashy tome, it went mainstream and his deeply ignorant view of black women mutated into Dear Abby style advice for everyone color and crees. This twice divorced, thrice married adulterer was suddenly an expert on relationships!!!

Well, I mean, you know if a guy is out for one thing, it’s best to go for shallow, unintelligent women. You don’t want to break this news to really bright women. “Hey, I just want to do something to you this evening”…You want to find somebody shallow, really simple unintelligent, that you can run this by and they’ll sit there and go, “Wow, that sounds great.

Women ask that question all the time: Why do men cheat? But it’s really because there are so many women out there willing to cheat with them.

I could go on and on but someone was kind enough to compile  a youtube video of the ignorant sexist, mysogynoir, homophobic, religious intolerance swill that has seeped from the open sewer that is Harvey’s mug. Harvey has ridden this trash train to a syndicated radio show, a daily talk show, two movies, hosting a daily game show and the Miss Universe pageant (insert schedufreude here). Last week, Harvey decided to expand his poison beyond his twisted version of gender and include race. This time he wasn’t just attacking black women he decided to go after Asian men.

Last week, Steve Harvey aired a segment on his his eponymous syndicated talk show about obscure, absurdly specific advice books. These were niche interest titles like Dating for Under a Dollar: 301 Ideas and How to Date a White Woman: A Practical Guide for Asian Men.

The audience laughed at the latter book in anticipation as Harvey took 15 seconds to gather himself. “That’s one page,” he finally gasped. “’Excuse me, do you like Asian men?’ ‘No.’ ‘Thank you.’”

The comedian then offered a sequel, How to Date a Black Woman: A Practical Guide for Asian Men — “Same thing. ‘You like Asian men?’ ‘I don’t even like Chinese food. It don’t stay with you no time. I don’t eat what I can’t pronounce.’” – The Hollywood Reporter

In order for you to appreciate my ire at this clown on this issue, I have let you know about my ancestry I was born in The London Borough of Haringey, UK of Jamaican and Grenadian ancestry. My maternal grandmother was half Indian and half Welsh. My parents also had friends of mixed Asian ancestry and so do I. When I moved to the Bronx, I had no idea about the sociosexual stereotypes that are imposed on Asian Americans and had crushes on many an ethnicity hue including Asian dudes. Since I was the immigrant, I saw my Asian friends as more American that I was. It really wasn’t until I moved to the midwest that I noticed the fetishization of Asian women and the emasculation of Asian men. Although black female and Asian male intermarriage occurs in the Caribbean and South American, it is rare in this country. There have been brief periods of when black women and Asian men married both in the  Jim Crow South and the North before the Chinese Exclusion Act was lifted in 1943.

Harvey’s typical hotep arrogance managed to bring the ugly trope Asian male emasculation together with the oft-promoted fantasies of black male sexual prowess and his own presumptions of the unattractiveness and hypersexuality of black women with his usual mysoginoir flair. Of course black women are too stupid to pronounce a Chinese food menu how could they possibly desire the miniscule charms of Asian men? Harvey knows that all we desire is BBC. Luckily, millennials are not in Harvey’s target demographic and some young black women and Asian men are slowly shrugging off what Harvey and many black & white fuckbois with OK Cupid profiles want them believe and are figuring out inventive ways to meet, hook up and start relationships.

Oooops…. I forgot to mention Harvey met with Orange Shitgibbon on Friday on housing issues. He wants to work with to Sleepy Uncle Ben in some capacity at Department of Housing and Urban Development. Now if that isn’t the Kingfish leading Amos and Andy into another con (Google it, young’ens,) I don’t what is. Here are some pics of sexy, hotass Asian men to momentarily take your mind off the upcoming Orange Apocalypse. 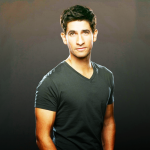 HAVE A PLAN TO VOTE

The Original Down Home Critic

- You Define America What Defines You