What is a Mino Warrior? 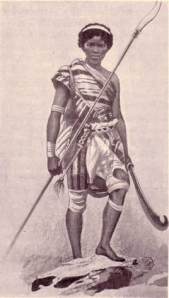 I have changed my blogging name to Mino Warrior and eventually the name will replace all the contact information connected with this blog . The Mino were the female royal guards of the king of Dahomey. The original amazons who used to cut of one breast so that they could shoot their arrows straighter. When Dahomey was turned away from all things that made it a great empire and succumbed to the greed of slave trade they hunted their fellow humans at the behest of their regent. I see my self as a warrior because I keep getting knocked down but powers that be, but keep pulling myself back up. I been the recipient of amazing  grace.

I also take this name because I am aware of how easy it is to dehumanize others on this planet. I live in a country denies this, America sees itself as the bastion of freedom. The United States built on the bones of its native people, the forced labor of Africans and did not deem to see many from Europe as white for centuries. When people of color mention these irrefutable facts America tells us to “stop whining.”

W.E.B. Du Bois stated  that African Americans must know how others look at us while we keep our own identity and culture. It is not easy so much of when the mainstream culture of the United States has labeled African Americans as deficient. Not wanting an education is supposed to be black, not wanting to be safe in our home is black, wanting to be poor is black, wanting to be a gangsta, baby mama is black. If this is true then I am not part of this culture and I know I am. I want those who think they are “just a nigga” to recognize before they are wiped out. It is a thankless job but those of us who got a lil have to help those who don’t. It is fading value of African Americans, don’t let it die.

2 responses to “What is a Mino Warrior?”