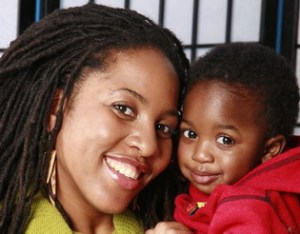 Today’s report showed that the out-of-wedlock birth rate has been dropping for all age groups of black women. Demographers and health officials said that some of the possible reasons — an increase in contraceptive use, sex education and efforts by some community groups to encourage abstention — should allow the trend to continue.

”There’s just been no letup, and it’s not been slowing down,” said Stephanie J. Ventura, a demographer with the National Center for Health Statistics who wrote the report. ”And it’s not just for teen-agers. For all black women under 30, the declines have been really big.

The Pew Study looked at Census data of American the birth rate of African American women without a high school diploma has dropped by 17%. This defeats a popular notion that African American women mostly choose to have large broods in order to get welfare and are thus marriageable. This is wonderful, less sisters are bowing to the pressure of having a child without the support of a man. If we are going to be alone it makes much more sense to delay child bearing until we can give that child everything they need.